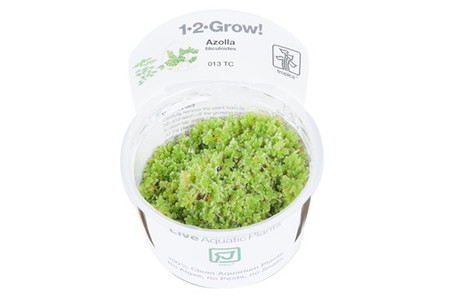 Azolla filiculoides (previously called Azolla caroliniana) from North America is a small (1-2 cm tall), floating fern housing blue-green algae in its leaves. These algae are capable of absorbing nitrogen from the air, which can then be used by the plant.

Azolla filiculoides is used as nitrogen fertiliser in rice paddies, and as animal feed. There are several related varieties on the market, with similar appearance.

A decorative plant for open aquariums.

TROPICA Bacopa Caroliniana TISSUE CULTURE Aquarium plant from tissue culture in closed cup. Bacopa caroliniana originates from US and has been used as an aquarium plant for many years. Stems...

TROPICA Elatine Hydropiper TISSUE CULTURE Aquarium plant from tissue culture in closed cup. The creeping growth of this stem-plant makes it highly attractive for creating carpets in the...