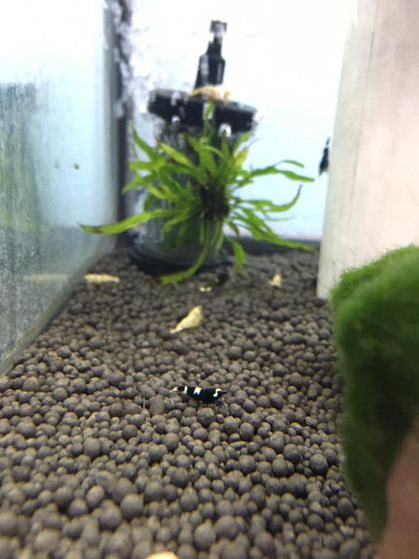 The BKK Shrimp, also known as the Black King Kong Shrimp or Black King Kong Bee Shrimp is one of the rarest shrimp in the hobby.  They fetch a much higher price compared to other freshwater dwarf shrimp.  The original pair sold some years back fetched $8,500 USD though this price has dropped significantly.

Do note they are much more sensitive and their level of care if a bit more difficult compared to other shrimp.  Offspring success rates tend to be a bit lower for this shrimp though they can be bred with other Caridina shrimp such as CRS, CBS, TB, Gold CRS, etc.

Size is about half an inch to just under an inch.

King Kong Parrot Cichlid Also just known as KKP or King Kong Blood Parrot.  Size is around 4 inches from tip of mouth to far end tip of tail.. WE HAVE MANY OF THESE BEAUTIFUL KING KONG PARROTS...